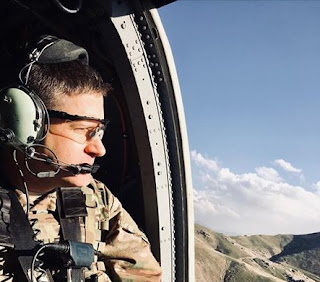 4th ID at TAAC-South. The 2nd Infantry Brigade Combat Team of the 4th Infantry Division has deployed to Kandahar to conduct the Train, Advise and Assist mission. (DVIDS, Mar 14, 2018).

Setting the 1st SFAB Up for Success. Soldiers of the 3rd Infantry Division Resolute Support Sustainment Brigade (RSSB) have set the stage for the successful arrival of the 1st Security Force Assistance Brigade into Afghanistan.  (DVIDS, Mar 17, 2018).

Organizational Changes for the SFABs. The Army is continuing to evaluate how to organize for the Security Force Assistance mission. Read "The Army is looking to stand up divisions for its new security force assistance brigades", Army Times, March 16, 2018.