Is Peace in the Air for Afghanistan? 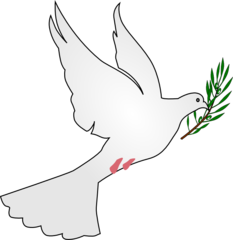 In the past few months there have been several initiatives for peace in Afghanistan. First there was the 'Taliban letter' to the American people. President Ghani then followed up with his peace initiative during the Kabul Process. In mid-March U.S. Secretary of Defense Jim Mattis flew to Kabul for discussions on the overall security situation and current prospects for peace negotiations. Read some recent articles on this topic.

March 14, 2018. "The Folly of Peace Without Victory in Afghanistan", Conservation HQ.

March 11, 2018. "The Afghan Taliban's Deceptive Peace Initiative", by Marvin G. Weinbaum and Samad Sadri, The National Interest. The author's believe that cautiousness if not cynicism is in order.