Today, the President spoke with President Ashraf Ghani of the Islamic Republic of Afghanistan by video conference, along with Chief Executive Officer Dr. Abdullah Abdullah.  The President encouraged accelerated Afghan progress towards forming an inclusive national unity government and expressed his expectation that their visit to Washington later this month will demonstrate our mutual commitment to a strengthened U.S.-Afghan strategic partnership.  The leaders discussed the ongoing efforts of the Afghan National Security Forces to improve security in Afghanistan and the importance of countering extremist threats from groups like al-Qa`ida.  The President commended President Ghani and Dr. Abdullah on their leadership in promoting an Afghan peace process to end the conflict in Afghanistan and their initiative to improve Afghanistan-Pakistan relations.

www.whitehouse.gov/the-press-office/2015/03/12/readout-president-s-video-conference-president-ashraf-ghani-afghanistan
Posted by Afghan War Blog at 2:30 AM No comments:

In an address before troops at Fort Dix, New Jersey President Obama declared a "turning point" in the Afghan Conflict. He stated that ". . . after more than 13 years, our combat mission in Afghanistan will be over". Read more in "Obama declares 'turning point' for US military as Afghanistan mission winds down", Stars and Stripes, December 15, 2014. See also a DoD news release (Dec 15, 2014) on the same topic. And staying on topic but with a different viewpoint read "It's not really the end in Afghanistan", Herald Online.com, December 15, 2014.
Posted by Afghan War Blog at 3:00 AM No comments:

Email ThisBlogThis!Share to TwitterShare to FacebookShare to Pinterest
Labels: White-House

White House Had Hotline to Afghanistan

Much to the dismay of then Secretary of Defense Robert Gates - the White House had a direct link via telephone to the U.S. special operation's headquarters that went to a top White House national security official. Gates was not happy and had the SOF guys tear the phone out on the spot. He told the SOF commanders that "If you get a call from the White House, you tell them to go to hell and call me". To Gates the phone in Kabul symbolized the White House's staff attempting to micromanage the war and the Pentagon. Read more in "White House interference extended to hot line in Afghanistan", Stuff New Zealand, December 1, 2014.
Posted by Afghan War Blog at 2:30 AM No comments:

White House Happy with Ghani-Abdullah Accord

The White House is "happy" with the final resolution of the Afghan election. It "applauds" the presidential candidates for signing an agreement on the formation of a government of national unity. Read the press release by the White House (September 21, 2014).
Posted by Afghan War Blog at 3:30 AM No comments:

The White House is considering delaying the signing of the Bilateral Security Agreement (BSA) with Afghanistan until after the new president of Afghanistan takes office. It is very unlikely that Karzai will sign the BSA; and it is time to treat him like the 'lame duck' that he is. While the Afghan election is scheduled for April 5, 2014 it is very likely going to be headed for a run-off that takes place later in the summer. There are eleven candidates running and if the winner doesn't get 50% of the vote a run-off will be scheduled. That means the BSA won' be signed until later in the summer; providing ISAF, the U.S., and the international community three to four months to either pull out of Afghanistan completely or to implement plans to keep up to 16,000 troops in Afghanistan past December 2014. 10,000 would be from the United States and 6,000 from other NATO countries. Read more in "U.S. said to mull shifting Afghanistan exit plans", United Press International, February 11, 2014.
Posted by Afghan War Blog at 4:00 AM No comments:

There are a lot of opinions floating around the White House about what to do in Afghanistan post-2014. Zero Option, 10K, or just a few thousand are the proposals being floated. Some want Obama to plant the flag in the sand, declare victory, yank the flag out and leave Afghanistan completely (zero option), Vice President Biden wants a small counter-terrorism force of a few thousand left there to deal with the remnants of al Qaeda, and the generals are pushing for the 10K option which would allow for the counter-terrorism capability but also the advisory force that would conduct Security Force Assistance to the Afghan National Security Forces. Read more in "Old Tensions Resurface in Debate Over U.S. Role in Post-2014 Afghanistan", The New York Times, February 4, 2014.
Posted by Afghan War Blog at 1:00 AM No comments:

Email ThisBlogThis!Share to TwitterShare to FacebookShare to Pinterest
Labels: White-House 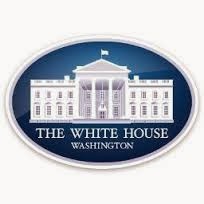 Reports indicate that the White House is close to making a decision on the number of troops to stay in Afghanistan beyond December 2014. General Dunford, the commander of the International Security Assistance Force, recently met with President Obama. Some say that Dunford asked for about 10,000 troops to stay beyond 2014 to conduct limited counter-terrorist operations against the remnants of al Qaeda (yes, they are still in Afghanistan) and to conduct the Security Force Assistance mission - which will be named Resolute Support. The decision is complicated with the non-signing of the Bilateral Security Agreement by President Karzai. Some critics say that this is making it easier for Obama to walk away from Afghanistan just as he did in Iraq. Time will tell. Read more in "WH: No decision on US presence in Afghanistan", DEFCON Hill Blog, February 4, 2014. There are confusing messages coming from the Obama administration - some say the BSA is close to signing while others say it will wait until after the elections. Stay posted!
Posted by Afghan War Blog at 4:00 AM No comments: