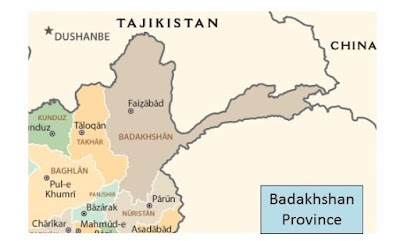 In February 2018 Resolute Support pushed out some news releases and videos describing an increase in air strikes against insurgents in Badakhshan province in northeast Afghanistan. The RS HQs and DoD news releases stated that the East Turkistan Islamic Movement (ETIM) was operating in the region and reportedly using some Taliban camps for training.