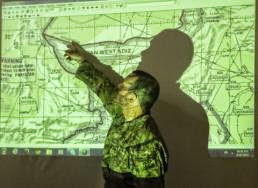 Daniel Coats, the U.S. Director of National Intelligence, testified before Congress on February 13, 2018 where he provided a worldwide threat assessment. His remarks were provided in a 28-page document entitled "Statement for the Record: Worldwide Threat Assessment of the US Intelligence Community". Afghanistan got a brief mention on page 22; the text is below.


"The overall situation in Afghanistan probably will deteriorate modestly this year in the face of persistent political instability, sustained attacks by the Taliban-led insurgency, unsteady Afghan National Security Forces (ANSF) performance, and chronic financial shortfalls. The National Unity Government probably will struggle to hold long-delayed parliamentary elections, currently scheduled for July 2018, and to prepare for a presidential election in 2019. The ANSF probably will maintain control of most population centers with coalition force support, but the intensity and geographic scope of Taliban activities will put those centers under continued strain. Afghanistan's economic growth will stagnate at around 2.5 percent per year, and Kabul will remain reliant on international donors for the great majority of its funding well beyond 2018."