Fighting Daesh in Afghanistan - "It's Complicated" 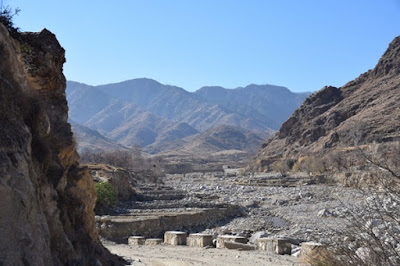 Franz Marty, an independent journalist based in Kabul, examines a recent friendly fire / insider threat incident that took place on 11 January 2018 in Achin district, Nangarhar province. News reports about the event were in the headlines for a few days but in the absence of reporting from the remote location (and very brief comments from USFOR-A) the story soon died. What seems to have happened is that a skirmish ensued with one U.S. soldier being wounded and one or more Afghans (militia or ?) being killed. This was followed by an U.S. air strike on a compound that possibly killed more Afghans. The story is a bit sketchy.

U.S. special operations forces, along side their Afghan SOF counterparts, have been taking the fight to the Islamic State of Khorasan Province (ISKP) insurgents based in southern Nangarhar for the past couple of years. These ground actions, along with a healthy dose of air support, have deeply hurt the ISKP fighters . . . however, they seem to have a robust replacement pipeline because the group is still very active.

Franz Marty traveled to the remote region to get clarity on the incident but comes away, through no fault of his own, with an incomplete explanation of what actually happened. However, his on the ground investigation reveals the tangled web of politics, militias, and various (and shifting) allegiances found on the ground in local communities of that region of Afghanistan. It also reveals the obstacles in the path of U.S. military members who attempt to understand what is truly happening on the ground.