Hitting the Drug Labs in Helmand 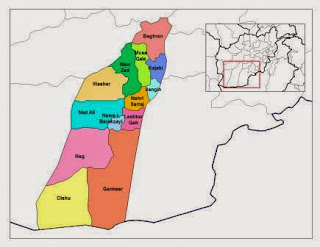 The Afghan security forces launched a major offensive against drug traffickers and their opium refining laboratories this past week. The large-scale operation appears to have started on Monday, November 20th. It involved the U.S. as well - especially in the form of air strikes. The reasoning behind hitting the drug labs was to target the revenue streams of insurgents.

Airstrikes. In a press conference held on Tuesday by General Nicholson it was revealed that various types of aircraft were used to include B-52 bombers and F-22 Raptors. In addition, the Afghan Air Force (AAF) participated with air strikes utilizing their A-29 Super Tucanos. The airstrikes targeted production facilities rather than poppy farmers. Three of the strikes were in Kajaki district, four in Musa Qalah district, and one in Sangin district. The new U.S. authorities in Afghanistan provided by the Trump administration has allowed the U.S. to increase the number of airstrikes as well as widen the situations in which airstrikes can be employed. The B-52s and F-22s likely flew from air bases in the Middle East (UAE?).

ISR Assets. Nicholson also reported that a large number of ISR assets (drones) were used to develop targeting data. Some of the airstrikes were weeks in the planning phase.

Opium Production is Up. The production of opium has increased in Afghanistan by 87%. This figure is being reported by the Afghan Ministry of Counternarcotics and the UN Office on Drugs and Crime (UNODC) in the latest Afghanistan Opium Survey.