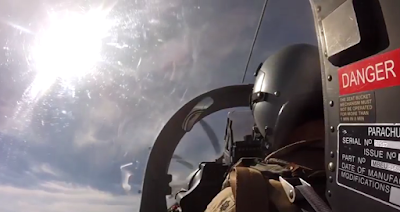 RSM: for the Future of Afghanistan. SHAPE NATO has just published (July 5, 2017) a one-minute long video that explains the transition of the international participation in the Afghan conflict as completing the International Security Assistance Force (ISAF) at the end of 2014 with the new, follow-on, NATO-led mission called Resolute support launched on January 1, 2015.
www.youtube.com/watch?v=ReuwMhgY1Q0

Bagram FAST Team. A video by Senior Airman Joshua Crawley of the 455th Air Expeditionary Wing at Bagram Air Field, Afghanistan depicts the duties and responsibilities of a "Fly Away Security Team" that defends aircraft at less secure airfields.
www.dvidshub.net/video/536526/bagram-fast-team

Podcast - Ben Jones on Afghanistan. Ben Jones is a contributor to a new book called Our Latest, Longest War: Losing Hearts and Minds in Afghanistan and provides some info on the book. He wrote a chapter on the transition from U.S. lead in security to Afghan lead in security. Listen to "In the Moment . . . Lessons from Afghanistan", SDPB.org, July 6, 2017.

Email ThisBlogThis!Share to TwitterShare to FacebookShare to Pinterest
Labels: videos