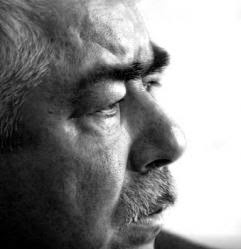 Dostum as a Hero? One writer, John Sjohom, presents an alternative view of one of Afghanistan's Vice Presidents - General Dostum. His article looks at the current political situation not commonly reported in the news media. He also points out the 'political reality' that Afghanistan is not a nation ruled by a central government but a collection of regional power brokers and warlords. Dostum being one of the bigger players. There is a good bit of history in this article - although one that tends to put Dostum in a more favorable light than the international community might accept. A good read though. See "General Dostum, the hero Afghanistan deserves", Lima Charlie News, July 22, 2017.

Ghani Finding it Tough to Govern. There are a lot of reasons for the inability of the Afghan national government to get its act together. Certainly President Ghani is a competent and well-meaning leader but the odds are stacked against him. Political opposition, a power-sharing arrangement with Abdullah Abdullah that isn't working out, a resilient Taliban, and many other factors contribute to his difficulties. Read more in "Afghan Leader Struggles to Build Working State Amid Dysfunction", The Wall Street Journal, July 25, 2017.

Government in Disarray. The Taliban are gaining strength in Afghanistan at the same time that President Ghani is facing a powerful opposition alliance. See "Resurgent Taliban and a government in disarray", Deutsche Welle,  July 25, 2017.

"Opposition Coalition". The leaders of three major political parties have announced their decision to form a new coalition with the aim to prevent the collapse of government, avoid political chaos, and restore national trust. Read more in an analysis by Ali Yawar Adili and Thomas Ruttig of the Afghanistan Analysts Network (AAN) in The 'Ankara Coaltion': Opposition from within the government, July 25, 2017.

Governments IDP Policy and Actions. The plight of internally displaced persons has worsened in Afghanistan since the withdrawal of international troops in 2014. Read more in "The Rise and Challenges of Afghan IDPs Beyond the Launch of IDP Policy", Eurasia Review, July 28, 2017.

Negotiating with the Taliban. The overwhelming majority of 'Afghan experts' say that the Afghan conflict will not end with a military victory but a negotiated settlement. But not everyone agrees. Javid Ahmad, a non-resident fellow with the Modern War Institute at West Point expresses his opinion in "How To Negotiate With the Taliban", Modern War Institute, July 27, 2017.

Ministry Nominations. President Ghani has nominated Hamid Tahmasi as Minister for Transport and Civil Aviation, Gul Agha Shirzai as Minister for Borders and Tribal Affairs, and Matin Bek (currently Deputy with the NDS) as the head of the Independent Directorate of Local Governance (IDLG).

National Unity Government (NUG) - Not So Unifying. The NUG - the result of then Secretary of State John Kerry trying to salvage the Afghan elections of 2014 - has failed miserably. The two power-sharing officials are not quite getting along and neither are their subordinates. In addition, one of Ghani's own Vice Presidents (Dostum) is now allying himself with a powerful political coalition aligned against the NUG. Read more in "Troop Levels Aren't Afghanistan's Problem. An Increasingly Illegitimate Government Is", The Diplomat, July 26, 2017.