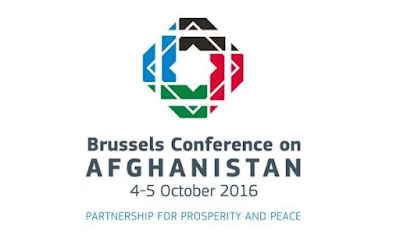 The Brussels Conference took place this past week. Over 75 nations and many international organizations and agencies took part in the two-day event. President Ghani and CEO Abdullah both attended as well. A major focus were presentations by the Afghan leaders on their vision on how to implement reforms, establish security, and become a more self-sufficient nation over the next five years. For their part, the attending nations renewed their commitment to continue funding the Afghan nations' security, development, and government.

Agreement on Afghan Migrants. It appears that a deal has been agreed upon between the Afghan government and the EU on the return of Afghan migrants who have been refused asylum in Europe. Reportedly the Afghan government needed to accept the deal - accepting forcibly returned immigrants (or refugees) - as a condition of continued foreign aid. Read more in "EU Publishes Agreement to Speed Return of Afghan Migrants Refused Asylum", The Wall Street Journal, October 4, 2016.

Comments by NATO Secretary General. On Wednesday, October 5, 2016, Jens Stoltenberg conducted a 6-min press conference at the Brussels Conference where he expressed his support of the results of the conference and answered questions on the current security situation in Afghanistan. Posted by NATO on Youtube.com, Oct 5, 2016.
www.youtube.com/watch?v=loqrXFu5EZM

Speech by ICRC President. Mr. Peter Maurer of the International Committee of the Red Cross delivered a speech at the Brussels Conference. (ICRC, 5 Oct 2016).

Secretary of State John Kerry Remarks. John Kerry has to provide his spin of course. Read his transcript from Oct 5th.

Speech by CEO Abdullah. The Afghan Chief Executive Officer provided a presentation on 5 Oct. Transcript is available on his official website - ceo.gov.af.

Speech by President Ghani. The president of Afghanistan spoke before the Brussels Conference on 5 Oct. The transcript has been posted by Office of the President website.