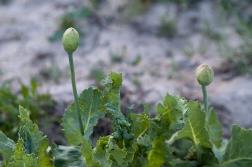 Camp Phoenix - Now Drug Rehab Center. Afghanistan has a serious drug addiction problem. Many of its addicts go to Kabul to seek cheap drugs and employment. They often find themselves living under the city's bridges over the Kabul River. In an effort to held drug addicts (and also to remove the public eyesore of addicts along the river bank) the Afghans have converted Camp Phoenix (located on the outskirts of Kabul on the Jalalabad Road) to a drug rehabilitation center where addicts receive medical assistance, meals, and a bed to sleep in. Read more in "From Under Kabul's Briges, Addicts Get Help at Old U.S. Base", The New York Times, January 10, 2016.

Email ThisBlogThis!Share to TwitterShare to FacebookShare to Pinterest
Labels: drugs