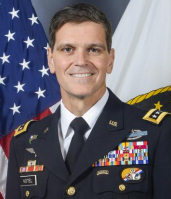 Gen Votel to CENTCOM?. The Internet continues to spread the word that the current USSOCOM commander is on the short list to succeed General Austin at Central Command. The move would be unusual as Votel only recently assumed command at USSOCOM in mid-2014. He would be an excellent choice, however. The U.S. is not engaged in a conventional fight in the region - Iran is busy with Iraq and Syria; so it is less inclined to confront the U.S. in naval disputes (let's hope), and SOF seems to be the flavor of the day for the Obama administration in resolving disputes and conflicts in the Middle East. Read more in "Socom's Votel would be good choice to lead Centcom", Tampa Bay Online, December 7, 2015.

Special Forces for Iraq/Syria - PR Ploy or Meaningful Deployment? A defense analyst, Anthony Cordesman, comments on the deployment of SOF to the Middle East in light of the lack of a credible U.S. strategy and plans to create effective Iraqi and Syrian forces. He worries the SF Soldiers will be a political tool rather than an effective force in a political game on the part of the Obama administration. Read "More Special Forces for Iraq and Syria: Tactical Asset or Strategic Tokenism", by Anthony Cordesman, Center for Strategic & International Studies (CSIS), December 3, 2015.

DoD "Quiet" on Commando Force for Iraq. The 'specialized expeditionary targeting force' that will take the fight to ISIS in Iraq and Syria will be positioned to gather intelligence, conduct raids, free hostages in Iraq when partnered with Iraqi forces. In addition, it will conduct unilateral hit-and-run raids into Syria. Beyond that, the Defense Department is not saying much more. Some observers believe the small force of 100-200 commandos can make a difference while others say it smacks of the usual Obama strategic incrementalism. The special operations force, although small in number, will probably enjoy significant close air support, drone coverage, and intelligence reach-back to CENTCOM, USSOCOM and JSOC. (think of the operations profiled in the book Relentless Strike). Read more in "US keeps wraps on new commando force for Iraq", The Sacramento Bee, December 10, 2015.

DoDIG Fails to Protect War Hero. LTC Amerine, a war hero and Green Beret, was unjustly victimized by the FBI and the U.S. Army. He was denied his retirement and threatened with a court martial for relaying to a member of Congress how badly the U.S. hostage recovery effort is managed. One aspect of the criticism that LTC Amerine offers is that the Bergdahl prisoner swap undercut ongoing efforts that would have released Bergdahl and other American hostages. The Good News? The DoD IG is resigning!  Read more in "How the System Went After a War Hero: Jason Amerine Goes to Washington", War on the Rocks, December 10, 2015.

AC-130 Air Attack on Hospital - Conflicting Accounts. A recent news report says that the U.S. Special Forces who called in the air strike on the hospital in Kunduz city believed the Taliban were using it as a command center. To some observers there continues to be a gap in what is being reported and what really happened. Perhaps we will really never know. (Military Times, Dec 8, 2015).

France Sending 300 SF to Congo. France (a country that seems to have a far more active and robust counterterrorism policy than the United States) is sending 300 of its Special Forces to the Democratic Republic of the Congo (DRC) to provide training to the Congolese Army to hunt down and neutralize the Ugandan Allied Democratic Forces in the eastern part of the DRC.