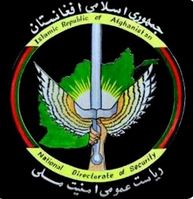 Afghan Intelligence Chief Resigns. The chief of the Afghan spy agency - National Directorate of Security or NDS - has resigned amid policy differences with President Ghani. Rahmatullah Nabil submitted his resignation on Thursday, December 10, 2015. Nabil's deputy -Massoud Andrabi - has been appointed as acting chief. One constant source of friction between the NDS chief and President Ghani is the approach to Pakistan. Afghanistan's neighbor has been supporting the various insurgent groups for years - in the belief that an unstable Afghanistan is much better for Pakistan than a strong country that could possibly ally with India and/or make demands on the disposition of the Durand Line. Mr. Nabil has been heading the NDS for about five years. See "Afghanistan intelligence chief resigns amid row", BBC News, December 10, 2015. Read also "Afghan Spy Chief Quits After Denouncing Talks With Pakistan", The New York Times, December 10, 2015. See also a report from Khaama Press, Dec 11, 2015.

LTG (Ret) Flynn to Write Book. A high-ranking U.S. Army intelligence officer, Michael T. Flynn, will soon be writing a book on how to win the global war against radical Islam. Flynn served as the intelligence officer for the Joint Special Operations Command (JSOC), as the G2 for ISAF in Afghanistan, and is the a former director of the Defense Intelligence Agency. He is at odds with the Obama administration in their handling the fight against Islamic terrorism and the conflicts in Iraq, Syria, and Afghanistan. Read "Michael T. Flynn Inks Deal With St. Martin's Press", GalleyCat, December 9, 2015.