Rise of ALP and Anti-Taliban Militias? 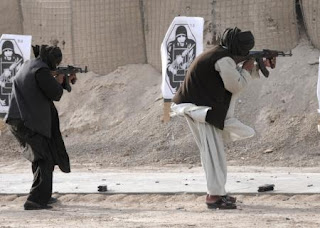 The Afghan National Defense and Security Forces (ANDSF) have not quite been up to the task of finding, fixing, and finishing the Taliban and other insurgent groups across the country. The ANDSF has taken significant losses, suffered from high desertion rates, and seen many regions across the country fall under the control of the Taliban, ISIS, and other groups. The Afghan government has resorted to funding various local militia groups in Kunduz, Faryab, and other locations where the ANDSF has fallen short in providing security. In addition, GIRoA has indicated that it wants to increase the size of the Afghan Local Police (ALP) from 30,000 to 45,000. Read more in a report by Anuj Chopra in "Rise of Afghan anti-Taliban militias stokes instability fears", Yahoo! News, December 1, 2015.