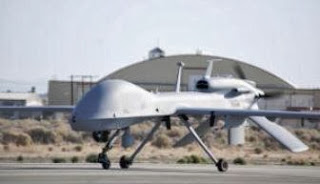 Asymmetric Conflict and the Human Domain. The nature of warfare has changed in the world. For the United States its opponents are less likely to be nations like Russia or China and more likely to be non-state actors or state-sponsored insurgents or terrorists. The strategic prize is not control of terrain but of the human domain. Some call this asymmetric warfare. Read one persons views on this in "The Heart of the Common Man: The Battleground of Asymmetric Conflict", Indian Defence Review (IDR), August 19, 2015.

Paper - "Socio-Cultural Intelligence and National Security". In his article, Robert T. Tomes reviews, assesses, and makes recommendations relating to the provision and use of socio-cultural intelligence in support of national security policy. He details responses to gaps in socio-cultural intelligence during the 2000s, and reinforces the importance of this issue in future conflicts. He recommends expansion of the Foreign Area Officers program, improving the military's cross-cultural understanding, increase the language proficiency of Special Operations Forces, and more. Read his article in Parameters, Summer 2015.

Terrorist Designation for Haqqani Brother. The U.S. Department of State has designated Abdul Aziz Haqqani as a "Specially Designated Global Terrorist (SDGT) under Executive Order 13224. He is a senior member of the Haqqani Network and the brother to Haqqani Network leader Sirjuddin Haqqani. Read more in a media note published on August 25, 2015.

Military Officials Skewing Intelligence Estimates? Say it isn't true. The IO campaign by ISAF HQs is one example of putting a silver lining on a dark cloud. Now the same can be said for Central Command (CENTCOM). It appears that the Pentagon's inspector general is investigating allegations of officials providing a more optimistic account of progress against ISIS than is warranted. No kidding. Read more in "Inquiry Weighs Whether ISIS Analysis Was Distorted", The New York Times, August 25, 2015. See also "Spies: Obama's Brass Pressured Us to Downplay ISIS Threat", The Daily Beast, August 26, 2015.

"Flat Communications". One of the experiences I had when working along side folks who spent time with JSOC is their obsession with "Flat Communications". This, of course, consisted on an excessive amount (I thought at the time) of VTCs (video teleconferences) with an enormous amount of people plugged in across theater. But as it turned out I became a "reluctant fan" of the approach. Learn how JSOC used "better information sharing plus empowered people" to develop a smarter, faster force that could soon outmaneuver insurgents and terrorists in "How JSOC Harnessed Networks to Take on Terrorists", by Chris Fussel, Defense One, August 27, 2015. 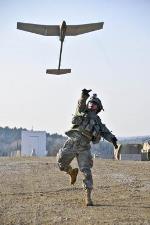 RAVEN UAV Gets Upgrade. It appears that the Army will be upgrading the sensor gimbal on its Raven hand-launched unmanned aircraft systems. Read more in a news update by C4ISR & Networks, August 27, 2015.

Intelligence & National Security Summit. AFCEA and INSA are hosted a summit about the state of U.S. intelligence and the priorities, plans and partnerships for the Intel community. It will be held in Washington, D.C. on September 9-10, 2015. www.intelsummit.org. Learn more about other defense, national security, terrorism, and intelligence summits and conferences at the link below:
www.securityinfonet.com/Security_Conferences_and_Seminars.htm

Handling Classified Material. If there is something that can get you in trouble quickly it is making a mistake in handling classified material and not following the rules. Two well known cases illustrate this aptly. It would seem that former Secretary of State Hillary Clinton broke the rules when she transmitted classified information through her private email using an unclassified server. In another instance, former ISAF commander and Director of the CIA David Petraeus broke the rules when he handed over personal notebooks containing classified information to Paula Broadwell (his biographer). The two cases are similar (involving high ranking government officials) yet different (severity of the crime). Sending classified information over the Internet in today's world is stupid and dangerous. Passing personal notebooks containing information to a trusted person (who incidentally is a LTC in Military Intelligence with a Top Secret clearance) is a lesser offense (although the affair was plainly stupid). A former Navy SEAL looks at the complicated world of information classification in a news report by Business Insider, August 25, 2015.
Posted by Afghan War Blog at 2:30 AM