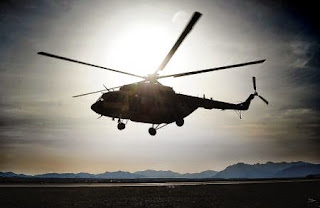 90 Years of AAF at Shindand Air Base. The Afghan Air Force may not be much to look at now but if one looks back it has a long history - almost 90 years. In fact, in the 1960s it had one of the top Air Forces in the region.  Read more in "Shindand Air Base Celebrates 90 Years of AAF", Tolo News, August 25, 2015.

Lack of Legal Justification for Drone Attacks in Pakistan. "This article focuses on the justification and legal position of Drone attacks within the boundaries of a sovereign state. It examines the legality of drone attacks under international law and the US domestic law." "US Drone Attacks in Pakistan: An International Law Perspective", International Journal of Business and Social Science, Vol. 6, No. 6., June 2015.
http://ijbssnet.com/journals/Vol_6_No_6_June_2015/14.pdf
Posted by Afghan War Blog at 2:30 AM