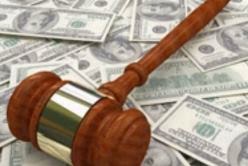 The United States Institute of Peace (USIP) has published a report entitled Islamic Law, Customary Law and Afghan Informal Justice - dated March 6, 2015. The author of the report is Hamid Khan, deputy director of the Rule of Law Collaborative at the University of South Carolina. He previously served as a senior rule of law program officer with the Center for Governance, Law and Society at USIP.

"As Afghanistan's nascent democracy works to establish the rule of law across the country, it finds itself contending with the ways that Islamic law converges and diverges from the tribal norms that shape the settling of disputes outside Kabul. Based on surveys conducted in Afghanistan, this report examines the points of tension and agreement between Islamic and customary laws, looking into both of their pasts to suggest a way forward for the Afghan state, particularly in granting greater rights and protections to women".

This could be a helpful reference for current or future Rule of Law advisors working in Essential Function 3 (RoL) at Resolute Support Headquarters in Afghanistan.

www.usip.org/publications/2015/03/06/islamic-law-customary-law-and-afghan-informal-justice
Posted by Afghan War Blog at 3:30 AM