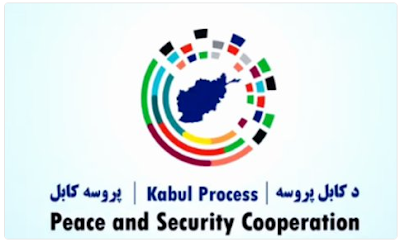 Peace Is In The Air. A few weeks back the Taliban addressed a letter to the people of the United States to open up peace talks. This past week President Ghani presided over the Kabul Process held in Kabul. The event, attended by over 25 countries and various international organizations, was an attempt to discover ways to resolve the Afghan conflict. In his 30-minute long opening remarks Ghani offered to negotiate with the Taliban "without preconditions". Links to various news reports, analysis, and commentary about the Kabul Process are provided below:

Taliban Calls for Peace Talks. The insurgent group is urging the United States to begin talks to end the war in Afghanistan. The group says it wants a peaceful resolution. Evidently it is seeking direct Taliban to U.S. talks; bypassing the government of Afghanistan. Read "Afghan Taliban renew call for dialogue with U.S. to end war", Reuters, February 26, 2018.

"Afghanistan's Ghani Offers Talks with Taliban 'without preconditions'", Reuters, February 28, 2018. Ghani offered recognition of the Taliban as a political group as part of a proposed political process that would lead to talks to end the 16 years of war. His comments are regarded as a significant shift for the Afghan president.

"Ghani Offers Unconditional Talks, Legitimacy to Afghan Taliban", Voice of America, February 28, 2018. "The peace process will be held in three stages of negotiations, approval, and implementation".

"An Open Letter to the Taliban". Several weeks back the Taliban leadership sent an 'open letter' to the people of the United States expressing their desire for peace talks to resume. This, at the same time that the insurgents are conducting large-scale suicide bombings in Kabul and other large cities in Afghanistan. Barnett Rubin, an American and scholar on Afghanistan, has responded with "An Open Letter to the Taliban". (The New Yorker, February 27, 2018).

The Way to Peace. Barnett R. Rubin of the Center on International Cooperation (and Afghan 'expert') thinks the way to peace in  Afghanistan is through infrastructure investment and connecting to the Chinese and Indian mega-economies. See "Theses on Peacemaking in Afghanistan: A Manifesto", War on the Rocks, February 23, 2018.

"Scant Success of Past Efforts". Carmen Gentile, book author and war correspondent, provides his take on the latest rounds of peace talk initiatives by the Afghan government and the Taliban in "Is Peace Possible in Afghanistan?", Atlantic Council, February 28, 2018.