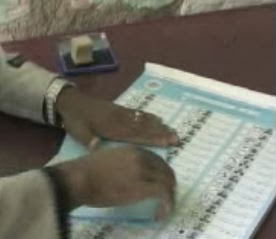 Call for Timely and Credible Elections. Donor nations from the international community are encouraged by the progress being made in implementing reforms in the election system of Afghanistan. However the Election Support Group of Ambassadors warned that any changes in the electoral system at this stage would delay parliamentary and district council elections beyond 2018. (Tolo News, Mar 20, 2018).

Security Key to Safe Elections. During a visit to Afghanistan General Dunford (Chairman of the U.S. Joint Chiefs of Staff) said that securing key areas of the country during the election will be the key to a successful, secure, and credible election. (AP, Mar 22, 2018).

Ghani Meeting with IEC. President Ghani recently chaired a special meeting with the Independent Election Commission, government agencies, and members of the international community for a session on the upcoming 2018 parliamentary elections. He said he that transparent elections was a top priority after security.

Governor Atta Noor Drama Resolved? It appears a deal has been struck between the Afghan president and Balkh province governor that has resolved a months-long conflict that has deeply affected the standing of the central government in Kabul. A number of political concessions were granted to Atta Noor. Read "Powerful Afghan governor defying President Ghani agrees to go", Reuters, March 22, 2018.