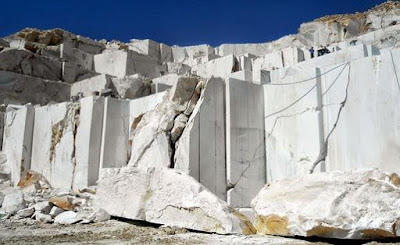 Afghan Mineral Development. Afghanistan is reach in natural resources to include extensive deposits of minerals. However, One shouldn't Count Your Rocks Before Their Mined!  A report by the Special Inspector General for Afghanistan Reconstruction has provided 20 pages of information about the abundance of mineral resources and the problems encountered in turning this resource into a productive source of revenue. See Quarterly Report to the United States Congress, SIGAR, January 30, 2018, pages 1-20. www.sigar.mil/pdf/quarterlyreports/2018-01-30qr.pdf

Developing Afghanistan's Coal Industry. There appears to be some progress in the coal mining sector of Afghanistan. Read "Afghanistan, US Companies Working on Afghan Coal Deal", Voice of America, February 2, 2018.

Indonesia - Afghanistan Air Corridor? The Afghan Ministry of Commerce and Industries (MoCI) said that the two countries have talked about opening an air corridor. This would allow Afghan traders to export dried and fresh fruits, carpets, and medicinal herbs to Indonesia. There is an existing air corridor with India - and attempts are in the works to open one up with Kazakhstan and other countries as well. (Tolo News, Feb 6,2018).

CDCS. The United States Agency for International Development (USAID) is developing its new Country Development and Cooperation Strategy for Afghanistan. Implementation date is likely to be mid-2018.