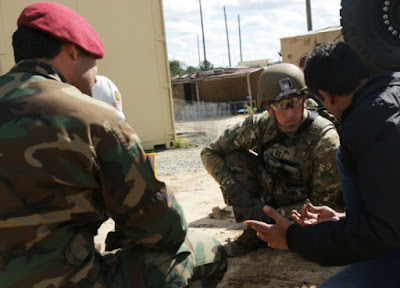 'Guardian Angels' from Australia. A member of the Royal Australian Regiment describes his job protecting advisors for the Afghan Air Force (AAF) in a post by the Australian Department of Defense, November 22, 2017.

Bacha Bazi. Two reports were completed in 2017 about the sexual exploitation of young boys by officers of the Afghan police and army by two investigative services of the U.S. government. The Special Inspector General for Afghanistan Reconstruction (SIGAR) completed one in mid-2017 but the Defense Department 'classified' the report. The Department of Defense Inspector General (DoD IG) also conducted an investigation and published its report - this one unclassified. The Washington Post reports that the DoD IG's report was a watered-down version of the SIGAR report and less damaging to the Dod. Bacha Bazi - 'playing with boys' - is a fact of life in Afghanistan and more common than some realize. U.S. advisors with Afghan police and army units - especially at the lower levels of command - were confronted with the practice of Bachi Bazi - and put into a dilemma of how to navigate through the situation.

Implementation of the DoD Leahy Law Regarding Allegations of Child Sexual Abuse by Members of the Afghan National Defense and Security Forces, DoD IG, November 16, 2017.