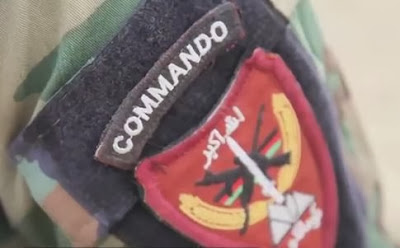 The Afghan National Army Special Operations Command (ANASOC) intends to create seven additional Mobile Strike Kandaks (MSK) in the next four years. Camp Morehead, home of the Afghan Commando School, is really pushing the students through the Commando Course. It makes you wonder if SOF Truth #2 is being observed. A total of 1,056 Afghan soldiers graduated from the 21st Commando Qualification course on December 6, 2017. The majority of the CDOQC class were previously assigned to the same conventional Afghan National Army battalion (kandak). 650 of the recent graduates will go on to attend the Cobra Strike Mobility Course at Pul-e-Charkhi in early January. The first Commando MSK will graduate from the course in late April 2018 in time for the spring offensive against the Taliban. The transformation of traditional ANA kandaks into Commando MSKs will provide the regionally-aligned Special Operations Brigades an operational reach to pursue insurgents across rugged terrain in all weather conditions. Info from "Game-changing Commando class graduates", DVIDS, December 6, 2017.