One of the principal threats to a U.S. military advisor providing training, advise, and assistance to a foreign military force comes from that force itself. An 'insider attack' is when a member of the foreign force being advised turns his weapon on a U.S. advisor. Sometimes called 'green on blue' - these insider attacks cause great harm to the advising effort.


In 2012 in Afghanistan there were a large number of insider attacks conducted by Afghan police or army members against U.S. and NATO forces. These attacks resulted in over 60 deaths that year - accounting for 15% of Coalition deaths. In the late summer and early fall of 2012 NATO and U.S. forces in the International Security Assistance Force (ISAF) significantly curtailed operations for several weeks to reduce tensions and decrease the number of deaths from these 'green on blue' incidents. 'Partnered' and 'advising' missions were put on hold. When missions did resume it was at a reduced pace with careful consideration given to the insider threat and mitigating measures that provided greater safety to advisors; but, in many cases, reduced the effectiveness of the advising effort.

Throughout the many years of the U.S. involvement in the Afghan conflict one can find cases of insider attacks but 2012 was a significant year. While the incidents of green on blue attacks peaked in the late part of 2012 the early part of the year saw a number of attacks as well. 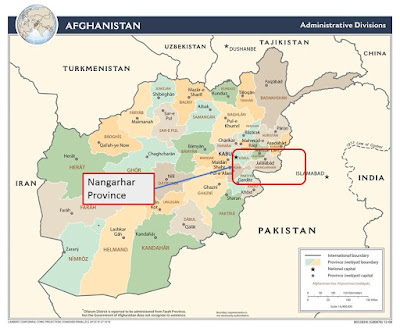 One incident that illustrates how an insider attack can take place happened on February 23, 2012 on Forward Operating Base (FOB) Connolly in western Nangarhar province, Afghanistan. FOB Connolly was a small U.S. outpost located 1 1/2 hours drive southwest from Jalalabad. This was a joint base - with an Afghan kandak (battalion of about 400 men) and an American company-sized unit (Comanche Troop, 3rd Squadron, 4th Cavalry Regiment) with attachments - for a total of approximately 120 U.S. personnel. The attached units included MPs, EOD specialists, civilian contractors, a HUMINT element, and others. In addition, a 12-man Security Force Assistance Advisor Team (SFAAT) from the 101st Airborne Division was present on the small base. The Cav company was 'partnered' with the ANA kandak while the SFAAT was 'advising' the ANA kandak.

A few days earlier the Koran burning on Bagram Air Field took place that caused widespread discontent and demonstrations across Afghanistan. FOB Connolly was not spared the Afghan reaction to the burning. The small FOB saw crowds in the hundreds gathering outside its gates destroying structures and burning vehicles beyond the protective walls of the compound. It was during one of these demonstrations that two U.S. Soldiers from a military police platoon died in a attack by an Afghan National Army (ANA) soldier from within the FOB. Learn more about this incident in the online article and podcast below:


Listen to a Podcast about the Green on Blue Attack at FOB Connolly:

The military police platoon leader, CPT Jannelle Allong-Kiakabana, is interviewed about the attack by The Spear - a podcast on military topics presented by the Modern War Institute at West Point. Listen to her account of the incident and the aftermath in Podcast: The Spear - Green on Blue, November 2, 2017.

Read more about the Green on Blue Attack at FOB Connolly: