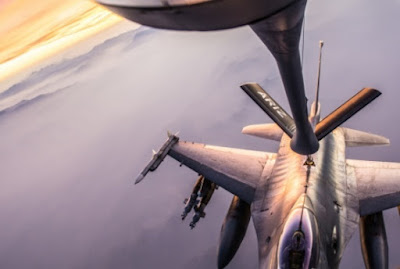 Afghanistan's Elite Police - the GCPSU. The four-year plan for re-energizing the Afghan army and police includes the doubling of the Afghan Special Security Forces (ASSF). This includes the units assigned to the General Command of Police Special Units (GCPSU). Currently the GCPSU is comprised of three operational units - CRU 222, CF 333, and ATF 444. The best known is the CRU 222 based in Kabul that responds to high-threat events. By 2020 the GCPSU will double in size with the creation of National Mission Units 555, 888, and 999. Read more in an article by Marty Skovlund entitled "This Elite Police Force is Afghanistan's Secret Weapon Against Violent Extremists", Task & Purpose, November 15, 2017.

14K the New Number. According to the Pentagon (Nov 14th) there are now 14 thousand U.S. military personnel deployed to Afghanistan.

Drop in Personnel in ANA. The Afghan National Army (ANA) has a significant turnover of personnel each year. Some soldiers opt not to re-enlist, some desert, many are wounded or killed. To replenish the force the ANA relies on a robust recruiting effort. But . . . now it must deal with another factor. The Taliban have refined their ability to intimidate the families that have sons serving in the Army - and forcing the families to call on their sons to desert the army. Read more in "Afghan Army Recruitment Dwindles as Taliban Threaten Families", The New York Times, November 18, 2017.

Taliban Using High Tech NVGs. There are some reports that Taliban fighters are using advanced night vision goggles in their fight against the Afghan government. (VOA, Nov 17, 2017).

Building the Afghan Air Force Inventory. The AAF is increasing its inventory of aircraft while  - at the same time - it grows the number of pilots and maintainers. See "Inside the US military's plans to double the Afghan air force's aircraft inventory", Defense News, November 10, 2017.

Retiring Old, Broke, and Useless Generals. President Ghani is approving the retirement of more Afghan senior officers. The Afghan Army is bloated with old generals who don't even show up for work and it is time to get rid of a few of them! A new plan has 70 % of the Afghan Army generals getting the boot in the next two years. (Ariana News, Nov 18, 2017).