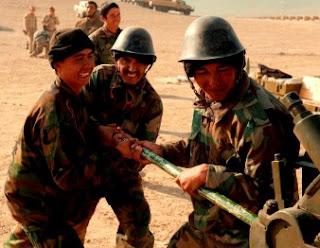 War now 16 Years Old. On Saturday, October 7th the war in Afghanistan turned 16 years old. For the Afghans the war is much older.

Mattis on Pakistsan - 'One Last Time'. Secretary of Defense Jim Mattis says that the U.S. will give it one more try. He says that Pakistan needs to stop its support of the Taliban See "One Last Time: The United States and Afghanistan-Pakistan Cooperation", The Diplomat, October 12, 2017.

Pressure on Pakistan. There are some hopeful signs that the Trump admin's change in position toward a 'supposed' ally in the fight against terrorism will reap some benefits. Some observers are looking at possible shifts in Pakistan's support of insurgent groups fighting the Afghan regime. But it may be too early to see if it will change things on the battlefield. Read "Some See Trump Pressure Tilting Pakistan's Afghan Policy", Voice of America, October 13, 2017.