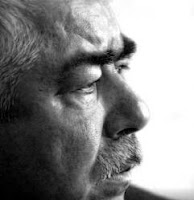 Afghan Vice President Increases Rhetoric. Dostum - the First Vice President has stepped up his criticism of the National Unity Government (NUG). He says that the senior military and police leaders of the Afghan National Defense and Security Forces (ANDSF) are not performing well and are ignoring insurgent threats in certain parts of northern Afghanistan. Dostum has a fairly robust militia that he controls in the north of Afghanistan. His base of support is the Uzbek population. He has been a powerbroker (warlord) in that part of Afghanistan for decades. At various times he has aligned himself with the Northern Alliance, the Taliban, the Soviet Union, and other political and military organizations. Ghani picked him as a running mate during the presidential elections in order to secure the Uzbek vote. Read more in a report by The New York Times, October 26, 2016.