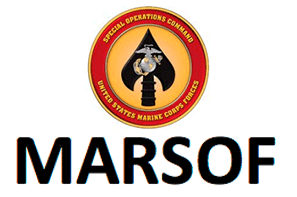 Video - Marine Raiders. Marine Special Operations Command (MARSOC) has posted a 5-minute long video on YouTube.com about the history of the Marine Raiders (published Feb 24, 2016). This video is released on the 10th anniversary of the formation of MARSOC.
www.youtube.com/watch?v=HZuwfDmxhPE

Paper - Operational Art in Special Warfare. A host of writers (Fred Krawchuk, John Peters, Linda Robinson, and others) have penned a 186-page report entitled Toward Operational Art in Special Warfare as part of a RAND Corporation project. It was published in February 2016. The jist of the paper is that the U.S. DoD should strengthen its special warfare planning capacity and culture, implement institutional reforms to facilitate unified action among relevant U.S government agenicies, and develop enhanced influence capabilities. www.rand.org/pubs/research_reports/RR779.html

Delta Force - The Truth! The hit show The Unit is going to soon air on the UK's Forces TV. To celebrate this event Forces TV takes a closer look at its inspiration - the U.S. Army's Delta Force. Read "Delta Force: The Truth Behind 'The Unit'", Forces TV (UK),  February 23, 2016.

SOF Operators Buying Their Own Equipment? A recent news report says that there is a disconnect between vendors who supply equipment for SOF units, the money allocated for the equipment, and the operators that use the equipment. Read more in "Lacking basic gear, special operators stuck buying their own equipment", Stars and Stripes, February 25, 2016.

1st SFGA and Its Whiskey. A craft bourbon has raised thousands of dollars to help special ops veterans and their families. Learn "How the 1st Special Forces Group Got Its Own Whiskey", War is Boring, February 23, 2016.

Evading Danger? One SF veteran provides advise on how to "Escape and evade danger like a Special Forces veteran", Business Insider, February 26, 2016.

AFSOC Wants More V-22s. The Air Force Special Operations Command would like to acquire three additional multi-mission V-22 Ospreys before the product line ceases. This would bring the total to 54 airframes. Read more in a news report by National Defense Magazine, February 26, 2016.

French SOF in Libya. The country of Libya has been in a constant state of turmoil since the fall of its long-time dictator. There are now two governments - one in Tobruck and one in Tripoli. In addition, sandwiched between the two cities along the Mediterranean Coast is a small enclave of about 6,000 Islamic State fighters. There are indications that some European powers may intervene - the Brits and Italians possibly. In addition, the United States and other nations are said to have small SOF teams in Libya. News now comes that the French SOF are there as well. Drone strikes have taken place and there are rumors about the occasional CIA agent being in the vicinity of the better hotels. Read "French special forces waging "secret war" in Libya: report", Reuters, February 24, 2016.

British SAS as Well? One news report says that the UK SOF are in Libya as well. Read "Special Forces spearheading 'secret war' against ISIS in Libya", Mirror (UK), February 25, 2016.

And Finally . . . U.S. SOF Heading to Fight Boko Haram. It appears that a small team of U.S. special operations troops may be heading to Nigeria to help the local army there to fight Boko Haram. This will be another "advise and assist" mission that SOF is well-trained to conduct. Sure . . . except that Nigeria is just one more corrupt dictatorship that is inept and clueless in how to fight a counterinsurgency. I think this is just pissing in the wind on trying to assist a regime that steals money from it's public and puts foreign aid funds into Swiss bank accounts. Read "U.S. troops likely headed to Nigeria for Boko Harma advisory mission", Military Times, February 26, 2016.