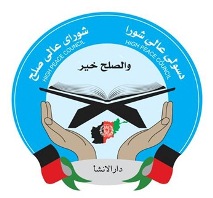 High Peace Council Leadership. President Ghani has decided to appoint new leaders for the High Peace Council (HPC). He indicated that women and former mujahideen fighters would have representation on the HPC. The High Peace Council has had varying degrees of influence and power over the past decade depending on the politic circumstances and the reigning President (Karzai or Ghani). The situation with the National Unity Government or NUG has also put obstacles in the path of the peace process. (Pajhwok News Service, Feb 15, 2016)

Peace Talks to Gain Steam? A recent news report says that there is a good chance Afghan government officials and Taliban representatives may engage in direct talks with each other by the end of February 2016. Read more in "Afghan Official Expects Peace Talks Soon", Voice of America, February 15, 2016.