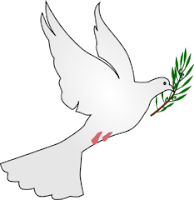 The third meeting of the Quadrilateral Coordination Group (QCG) of Afghanistan, China, Pakistan and the United States was held on Saturday, February 6th in Islamabad, Pakistan. According to joint press releases by the participating governments progress was built on the last two meetings with the group exploring ways for holding early direct talks between the authorized representatives of the Afghan government and Taliban groups.The next meeting of the QCG will be held in Kabul on 23 February 2016. Read press release by the Embassy of the United States in Islamabad, Pakistan dated February 6, 2016. The ultimate goal is to get the Taliban talking with the Afghan government but there is no indication that the Taliban want to participate - especially in light of the gains it has made in the past year since the U.S. and other coalition nations have withdrawn combat troops, advisors, and enablers (air support, MEDEVAC, intelligence, logistics, etc.). http://islamabad.usembassy.gov/pr-02062016.html