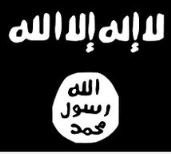 Early Islamic State in Kunar. Unknown to many there was a modern ideological and political predecessor to today's self-anointed Islamic State that had a short-lived existence in Afghanistan in 1990. The Islamic Emirate of Kunar was founded by Jamil al-Rahman and his Salafi political party following an election in Kunar, Afghanistan in early 1990. The demise of this Islamic State was hastened by conflict with HIG's leader Gulbuddin Hekmatyar. Read more in an article by Kevin Bell in "The First Islamic State: A Look Back at the Islamic Emirate of Kunar", CTC Sentinel, Combating Terrorism Center, West Point.

ISIS: Some Tactical Errors. While the militant says it is organizing the Islamic State in Afghanistan others say it is making some fierce enemies. Despite good organization and lots of money it has had its difficulties in getting established in eastern Afghanistan. Some instances of torture and the murder of innocent villages has cost it support. Read more in "How IS has been making enemies in Afghanistan", BBC News, February 20, 2016.

Defeat of ISIS in Afghanistan? The Islamic State in Afghanistan has had a rough start. It has been attacked by different groups of the Taliban. Reportedly the Pakistani security forces are making things difficult on that side of the border. The Afghan security forces are certainly playing a role in the IS security situation and the Americans have been doing a lot of airborne attacks (aircraft and drones). Read more in "Is Islamic State on the Verge of Defeat in the Last Afghan Stronghold", Gandhara Blog, February 17, 2016.