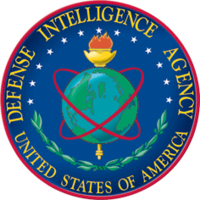 Intelligence and U3 Information. The world of conflict has changed but some people think the intelligence world has not kept up. In past years (as in the Cold War) collection was the prime emphasis - learning everything possible about the Soviet Union (and others). The new age of Hybrid Warfare has changed up the intelligence world. Some think that less collection needs to be done and more analysis has to take place in the intelligence community. Today's world is seeing the growth of 'open source' collection of 'ubiquitous, useful, and unclassified' information. Read more in an article by Josh Kerbel - Chief Analytic Methodologist at the Defense Intelligence Agency (DIA) - "The U.S. Intelligence Community Wants Disruptive Change as Long as it's Not Disruptive", War on the Rocks, January 20, 2016.

CTC Sentinel. The most recent issue of "CTC Sentinel" published by the Combating Terrorism Center focuses on terrorism threats we will likely face in 2016.
www.ctc.usma.edu/publications/sentinel

Book Review. A new book is out about the Central Intelligence Agency. Mark Stout provides an analysis of the book for us in "The CIA's Constant Battle Between Secrecy and Effectiveness", War on the Rocks, January 22, 2016.