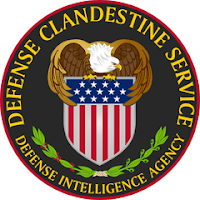 Intelligence Reports and Literary Aspirations. Many of us in the military (or those who used to be . . . like me) had literary ambitions that went unsatisfied due to restraints imposed by a bureaucratic institution (as in the U.S. Army). However, sometimes the writer 'just comes out'! Read more in "Fighting Words: Spies, Soldiers, and Stylish Scribes", War on the Rocks, January 8, 2016.

Covert Intelligence and War on Terror. Joshua Perkins, an Army officer, writes about the importance of having covert intelligence agencies that serve a vital function for our nation. Read "Covert Intelligence versus the American Body Politic?", Small Wars Journal, January 7, 2016.