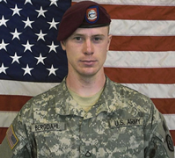 The court martial for SGT Bergdahl is scheduled for August 2016. There will be several hearings between now and August. In the meantime, if interested, you can listen some podcasts about the whole incident that is airing on Task & Purpose Radio. Lauren Katzenberg of Task & Purpose describes her personal feelings toward the whole event - ranging from empathy for the struggles of Bergdahl during his five-year captivity to her feelings about why he might deserve some punishment after listening to Mike Waltz (an SF company commander) who had to divert his SFODAs from hitting Taliban targets to join the search for Bergdahl. Read "My Ongoing Personal Conflict With Serial's Bergdahl Coverage", Task & Purpose, January 7, 2016.