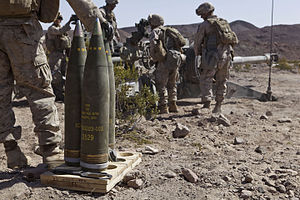 Females in Field Artillery. A memorandum about the assignment of female Soldiers to MOS 13B (Cannon Crewmember) and 13D (FA ATDS Specialist) has been published (28 Oct 15) by the Secretary of the Army. The directive cited by the memo, Army Directive 2015-41, opens up over 19,000 positions to female Soldiers. The Army is hell-bent in fully integrating women into the combat arms and special operations fields. Presumably there are 19,000 women in the Army that have the strength to lift the heavy cannon shells (the M795 155mm round weighs 103 lbs) to load into the howitzer and artillery pieces. Read the memo outlining the opening up of the field artillery positions to women. www.apd.army.mil/pdffiles/ad2015_41.pdf

New 'Gender Neutral' Latrines for Field. In an effort to fully-support the rush to gender neutrality and the full integration of women into combat formations the DoD is instituting new requirements for field training exercises. Pentagon officials have ". . . announced the acquisition of new gender neutral porta-potties specifically designed to only be used while a seated position." The new field latrines will ". . . not highlight or given and advantage to any specific gender." The new latrines, shortened from the standard 88-inch height to almost 50 inches will require (force) the occupant to sit in order to use the restroom. Senior officials insist that the new porta-potties will not result in lower standards and will reduce arguments over 'seat up or seat down'. Read more in "New"Gender Neutral" Latrines Will Require Troops to Sit While They Pee", Duffel Blog, October 27, 2015.

Military Must Evolve! Two female officers offer their perspective on how the military needs to evolve when it comes to gender integration. Read "The Dangerous Non-Evolution of the Military", by Kate Germano and Jeannette Haynie, Small Wars Journal, November 3, 2015.

10 Most Asinine Questions About Women in Military. An interesting perspective by M.B. posted on Havok Journal, Nov 4, 2015. If you are offended by females using graphic language pass this one by.