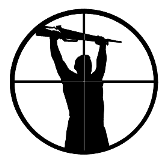 CT - Rhetoric vs. Reality. Anthony H. Cordesman, of the Center for Strategic & International Studies (CSIS), provides us his thoughts on the difficulty of defining who is a terrorist and the conflict between defeating terrorism and observing human rights. He explores the relative ease in which a nation will declare itself against terrorism yet use non-state actors (terrorist groups) as proxies and tools to advance their national interests. He also suggests that institutions dealing with cooperation in dealing with terrorism focus largely on counterterrorism and not only dealing with the causes of terrorism. Read his paper Cooperation in Counterterrorism: Rhetoric vs. Reality, CSIS, October 20, 2015.

Hunter Killer - New Book. A retired Air Force drone pilot has penned a new book about drones. He was one of the original drone pilots and wrote the tactical manual for the predator and piloted drones from 2003 to 2012. Read more in "The Details of Drones, From a Pilot Who Flew Them", National Public Radio, November 5, 2015.

Toy UAV's Sold to Army. A Florida firm is under investigation for selling an inferior UAV - the Maveric Microdrone - to the Army at $240,000 per system. However, commercially available drones that are very similar are available on Amazon.com at a fraction of the price. Read "Drone Company Misled Military Into Buying UAVs That Were Basically Toys", War is Boring, November 6, 2015.

9th Annual Terrorism Conference. The Jamestown Foundation will host the Ninth Annual Terrorism Conference. The theme of this conference is "The War in Syria, Islamic State, and the Changing Landscape of Asymmetric Threats". Tuesday, December 8, 2015, Washington, D.C. View a comprehensive listing of security and defense conferences and exhibitions for the coming months at www.securityinfonet.com/Security_Conferences_and_Seminars.htm