After a series of attacks for the past several months and a month-long siege the northern provincial capital of Kunduz fell to Taliban fighters on during the last days of September. Kunduz is the fifth largest city in Afghanistan. Many government officials and employees fled to the city's airport to seek safety. The Afghan security forces fell back to the airport as well as other locations. Early reports indicated that the Afghan National Defense and Security Forces (ANDSF) abandoned their posts leaving police stations, the governor's mansion, city prison, and other installations for occupation by the Taliban. 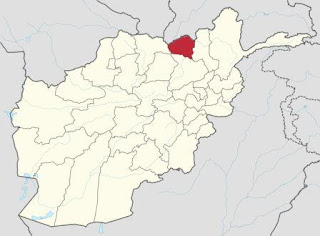 Trojan Horse Tactics. The Taliban took Kunduz using guerrilla tactics (surprise, surprise). They infiltrated the city as individuals or small groups and then massed to attack government, military, and police facilities around the city.

Prisoners Released. The Taliban liberated more than 600 prisoners - among them an estimated 100 to 150 Taliban fighters.

Areas held by Taliban. By Monday (Sep 28th) most of Kunduz fell to the Taliban to include the National Directorate of Security (NDS) office, UNAMA, city prison, and most government offices. The airport and part of a police hqs remained in government hands.

Airport. Government forces retained control of the Kunduz airport during the first few days of the fight despite Taliban efforts to take the airport. The airport was key for the arrival of government reinforcements, supplies, ammunition, and medical evacuations. It was also a go-to location for fleeing government employees and other high-risk individuals.

U.S. Airstrikes. Reports are muddled about how many U.S. airstrikes have taken place. Statements from RS HQs indicated that the airstrikes are in support of U.S. troops (SOF) on the ground. At least three if not more airstrikes were conducted.

NATO SOF. Some news reports say that U.S. Special Operations Forces (SOF) along with British and German SOF are involved in the fight at the airport. Most likely they are advisors attached to the 5th Special Operations Kandak (SOK) based in northern Afghanistan. Perhaps some are attached as advisors to one of the Kabul-based Afghan special mission units of the MoI.

Roads. Most roads leading into Kunduz are controlled by the Taliban and/or are mined. In a seemingly coordinated effort Taliban elements in Baghlan province were preventing convoys of Afghan security forces from reaching Kunduz from ANDSF installations near Kabul.

Counterattack. By Thursday (Oct 1) the government was claiming that Afghan Special Security Forces (ASSF) had retaken the city center and clearing operations were being conducted throughout the city. In the aftermath of the battle President Ghani said he was sending a delegation to Kunduz to conduct an investigation into the four-day occupation of the provincial capital by the Taliban.

Resolute Support Re-Examines Strategy? Many critics of the Obama administration's time-phased withdrawal (as opposed to event-driven withdrawal) point out the fall of a provincial capital to the Taliban as evidence the current strategy is flawed. Perhaps they are right! The pulling off of advisors (SFAATs) from ANA brigade and kandak units was certainly too soon. ISAF (later RS HQs) proclamations that the ANDSF 'know how to fight' but need continued advise and assistance in "sustainment" in some essential functions at the ministry level are starting to sound very hollow.

Learn More about the Fight for Kunduz:

Kunduz, Afghanistan. Learn more about the fight for Kunduz.
www.afghanwarnews.info/cities/kunduz.htm