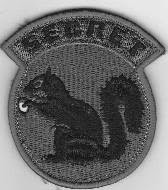 Victory / Defeat Not Always Final. An intelligence professional, using setbacks such as the Snowdon treachery or China's downloading of every one's SF-86, says that defeats are not always final and cites some historical examples to put us at ease. Read "Rome, Carthage, and Counterintelligence: Why No Victory or Defeat Has to Be Final", Real Clear Defense, October 2, 2015.

Internet, Cookies, and Law Enforcement. A research on computer security at the International Computer Science Institute in Berkeley, California explains how the National Security Agency (NSA) and law enforcement agencies can subpoena Google and others for your Internet activities. Read "Law Enforcement and the World Wide Web of Spies", Lawfare Blog, October 5, 2015.

Insurgents - Rational and Emotional. Thomas Zeitzoff, an Associate Professor at American University, has penned an article entitled "Calculated or Emotional? How Insurgents Are Both Rational and Ideological", Political Violence @ a Glance, October 9, 2015.

U.S. Spy Agencies "Caught Off Guard". It is now being described as another intelligence failure - the inability to predict that Russia would "go all in" with Syria. Read "US spy agencies were 'caught off-guard' by Putin's sudden dramatic escalation in Syria", Business Insider, October 8, 2015.

Torture, CIA, and "the Dark Side". In a riveting story we learn about aspects of torture that we probably would rather not know about. Caution: graphic photos in "A Former CIA Interrogator on Death, Torture and the Dark Side", Newsweek, October 7, 2015.