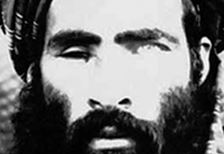 Periodically reports reach us about the death of the reclusive Mullah Mohammed Omar. Mullah Omar is (or was) considered by many as the leader of the Taliban - or at least the part of the Taliban commanded from Quetta, Pakistan. Several news outlets are informing us that he died from tuberculosis in a hospital in Karachi, Pakistan in April 2013. The Afghan National Directorate of Security (NDS) has confirmed his death. The Islamic Emirate of Afghanistan (Taliban) have released a statement saying the same. (statement can be read on jihadology.net). We shall see. Read more of his reported death in a CNN report (July 30, 2015).

Omar's demise will set the stage for some internal drama within the Taliban. First of all is the appointment of a new leader. (See Taliban statement on appointment posted on jihadolgy.net). Some reports indicate that Mullah Mohammad Akhtar Mansour is taking the position as head of the Quetta Shura. Other reports indicate he may have to work something out with the son of Omar who may be interested in heading up the position. It appears that the new guy in charge has close ties with Pakistani authorities - read more in "Afghanistan's New Taliban Leader", Real Clear Defense, July 30, 2015. Some observers note that the Taliban's new leadership is allied with al-Qaeda - read an post by The Long War Journal (July 31, 2015).

In addition, the peace talks - the second round has been postponed - will be affected by whoever is in charge now. Lot's of speculation. Read about the internal disagreement in "Walkout at Taliban Leadership Meeting Raises Specter of Split", The New York Times, July 31, 2015.
Posted by Afghan War Blog at 4:01 AM