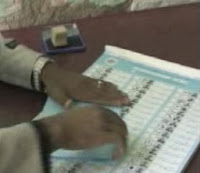 Parliamentary Elections. Foreign donors are becoming frustrated with Afghanistan's failure to set a date for parliamentary elections. The elections were supposed to be held in April but have been delayed. The Afghan parliament's five-year mandate expired on June 22. "ELECT II" is a donor funded program run by the United Nations Development Programme that is due to end in December; however, it may shut down prior to December if the Afghans don't get their act together. The history of elections - presidential and parliamentary - is rife with corruption, meddling, violence, and vote-rigging. The latest presidential election held in the spring (and then summer) of 2014 did little to polish up the Afghan election image. In fact, it threw the Afghan government into chaos and impeded important progress in the conduct of Afghan military operations until it was finally resolved with the formation of the National Unity Government (NUG).

4th Oversight and Coordination Body. Coalition partners from 17 donor nations met with CSTC-A and others at the Afghan Ministry of Finance in mid-June to coordinate donor commitments for the ANSF in 2015 and beyond. (Army.mil, June 23, 2015).

National ID Card Program. It appears that the long-sought-for but never implemented national ID program is still a ways from being put into place. The computerized digital ID program was to be rolled out years ago but corruption and miss-management has taken its toll.
Posted by Afghan War Blog at 2:30 AM