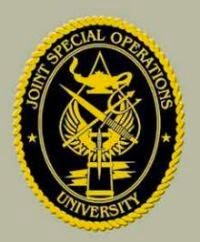 From 2010 to 2013 the special operations forces in Afghanistan dedicated a significant part of their manpower and resources to the Village Stability Operations (VSO) and Afghan Local Police (ALP) programs. ODAs, SEAL teams, and MARSOC teams were aligned against key districts with the dual-role of implementing the VSO program and establishing, training, and advising ALP units at the community or district level. In this 95-page long paper Dr. Mark Moyar outlines the history of the VSO and ALP programs. He covers the history of the two programs from their inception to the end of the VSO program and the transition of the ALP program to the Afghan Ministry of Interior (MoI). He notes the complementary role that VSO/ALP played to the counterterrorism effort - using the 'indirect approach' to employ population mobilization and other counterinsurgency techniques to secure the Afghan populace. He describes how the two programs, VSO and ALP, provided not only security for some key districts in Afghanistan but also governance and development. Read his paper "Village Stability Operations and the Afghan Local Police", JSOU Report 14-7, October 2014.

http://jsou.socom.mil/JSOU%20Publications/JSOU14-7_Moyar_VSO_FINAL.pdf
Posted by Afghan War Blog at 4:00 AM