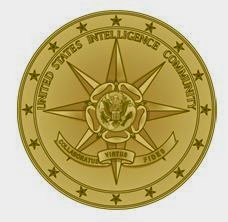 Intelligence reformers pushed Congress for years to establish a centralized director for intelligence that would link all the various intelligence agencies together to provide better service and products for the end user. The U.S. intelligence community is a coalition of 17 agencies and organizations within the executive branch. These include the DoD services intelligence organizations, DEA, Treasury, CIA, DIA, NGA, NRO, NSA, DoS, DHS, DoE, FBI, and others. The debate is ongoing on whether the establishment of the Office of the Director of National Intelligence (ODNI) has been effective. You can read a press release by the ODNI about how it is observing the 10 years of intelligence integration in this April 22, 2015 press release.

Read a news story about the 10-year anniversary of the ODNI by Joshua Rovner and Austin Long in "Did the New Spooks on the Block Really Fix U.S. Intelligence?", Foreign Policy, April 27, 2015.

Visit the ODNI website.
www.dni.gov/index.php
Posted by Afghan War Blog at 2:00 AM