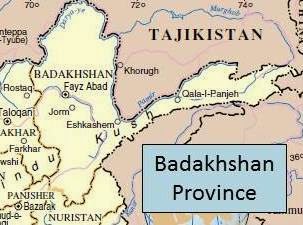 A landslide killed scores of Afghans and buried many homes in the Khwahan district of Badakhshan province on Monday. Many residents are missing. This time of year northern Afghanistan sees lots of landslides. Last year the Afghan government was criticized for being too slow with relief response. Many local officials were accused of stealing humanitarian aid sent to the province; diverting food, blankets, and medical supplies to other villages not affected by the landslides. Regional Command North's response to the earthquake in 2014 was limited; hampered by a lack of coordination on the part of the Afghan provincial and national leadership. It will be interesting to see if the response by the Afghan government to the landslides is any better in 2015. The affected area is about 125 miles from the provincial capital (Faizabad) along near the border with Tajikistan. It is a remote and rugged area that is currently accessible only by helicopter - much of the area still has snow blocking passages.

Some news reports on the landslide:

Email ThisBlogThis!Share to TwitterShare to FacebookShare to Pinterest
Labels: Badakhshan