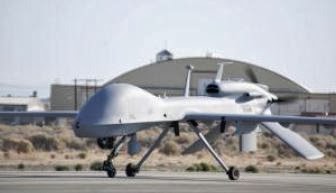 Two western captives, one American and one Italian held in Pakistan by al Qaeda, were killed in a drone strike by the United States in January 2015. Warren Weinstein was an American development expert and Giovanni Lo Porto an Italian aid worker.  The American and the Italian were both held for three years or more. Some will use this event to support their argument that drone warfare is bad and immoral and ineffective. Others will point to the lack of boots on the ground, declining ability to interrogate captured prisoners, and a diminished human intelligence (HUMINT) capability as a limitation of drone warfare.

See Max  Boot's article in Commentary Magazine April 23, 2015 for more on the limits of using drones. Read a statement by the President on the deaths of Warren Weinstein and Giovanni Lo Porto, White House, April 23, 2015. Another news story details a plan that was to recover several western hostages held in Pakistan - The Washington Post, April 23, 2015.
Posted by Afghan War Blog at 2:30 AM