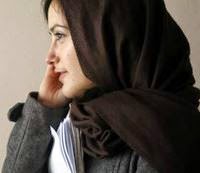 March 8th is International Women's Day. Things have improved dramatically for women in Afghanistan. Women are members of parliament, they now have access to education, there are many more medical clinics, and there are possibilities that a few women may be appointed to cabinet positions. The country's First Lady, Rula Ghani, is taking a very visible role promoting the cause of Afghan women. While great progress has been made for women in Afghanistan much more work needs to be done. In recognition of this special day Afghan War News presents some informational resources and stories about women in Afghanistan.


Informational Resources about Women in Afghanistan

"Female ALP Commander Helps ANA in Helmand Operation", Tolo News, March 6, 2015. The Sistani village in Marja district in southern Helmand has been cleared of militants with the help of a female Afghan Local Police (ALP) commander as part of the "Zulfiqar" operation. Read news article here.


A report by the GSMA organization advances the argument that providing more access to mobile communications to women of developing nations will improve their lot in society. They have published a report that says as much - entitled "Bridging the gender gap: Mobile access and usage in low- and middle-income nations". See the report at the link below.
www.gsma.com/connectedwomen/gender-gap/

An Australian news article profiles Australian Army Colonel Amanda Fielding who attended the graduation of close to 200 Afghan female policewomen from the International Police Training Academy in Sivas, Turkey. The class is only the second group of Afghan females to graduate from the academy and this brings the total number of females in the Afghan Woman's Police Corps of the Afghan National Police to over 3,000.
Posted by Afghan War Blog at 4:00 AM