In southwest Afghanistan the two major forces under ISAF stationed there were the British and the U.S. Marines. They had many of their forces based at Camp Bastion (Brits) and Camp Leatherneck (Marines) in Helmand province. The two camps were adjoining. The UK Ministry of Defense posted a graphic with info on Camp Bastion on their Twitter account (March 12, 2015). The graphic is below. 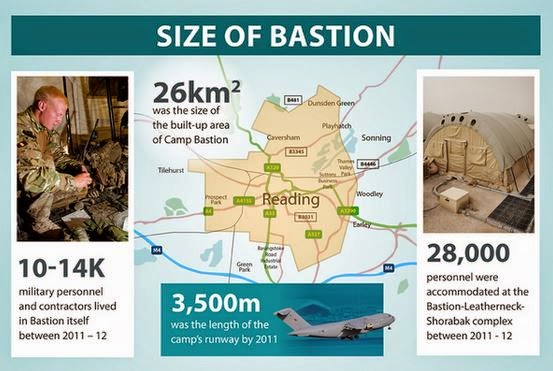 Email ThisBlogThis!Share to TwitterShare to FacebookShare to Pinterest
Labels: FOBs