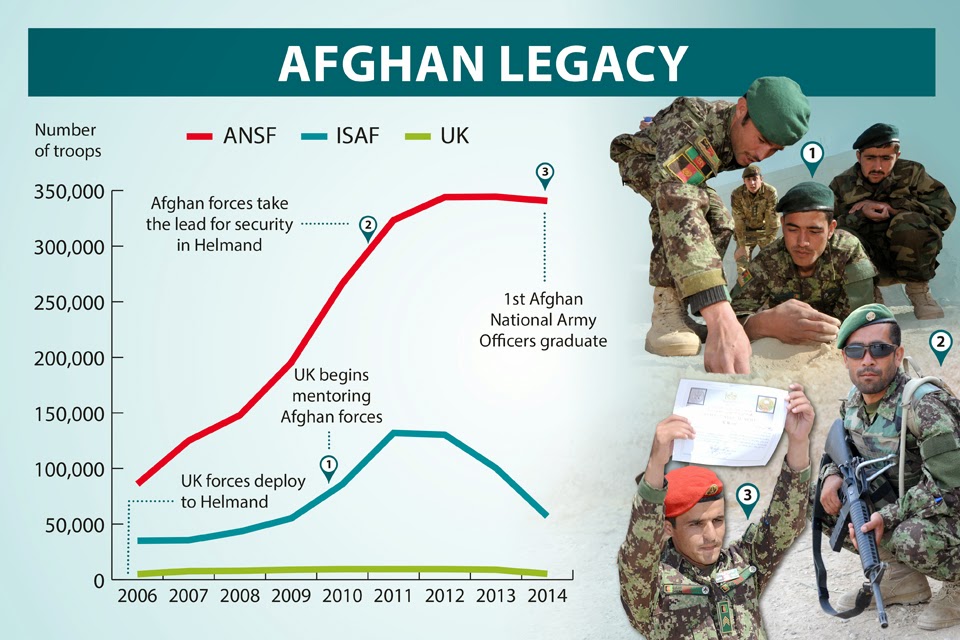 United Kingdom forces have been in Afghanistan since 2001. The UK special operations forces have played a significant role throughout the country (as part of ISAF SOF and later NSOCC-A) as well as numerous conventional force units in Helmand province. In late October 2014 UK forces departed Helmand province; however, some UK troops will remain on the ISAF staff and at the ANA Officer Academy near Kabul. The infographic above shows the troop strength of the Afghan National Security Forces (ANSF), International Security Assistance Force (ISAF), and the United Kingdom from 2006 to the end of 2014. (Infographic from UK Ministry of Defence, 1 Nov 2014).

Email ThisBlogThis!Share to TwitterShare to FacebookShare to Pinterest
Labels: United-Kingdom