The Asia Foundation has published (November 18, 2014) its annual Afghan survey report. Afghanistan in 2014: A Survey of the Afghan People is the longest-running public opinion poll in the country. In June and July, following the June presidential run-off election, 9, 271 Afghan citizens from all 34 provinces were interviewed on issues central to the country's development. This year's survey provides longitudinal data over ten years, including new questions on the election, migration, women's rights, access to health services, and disaster response. 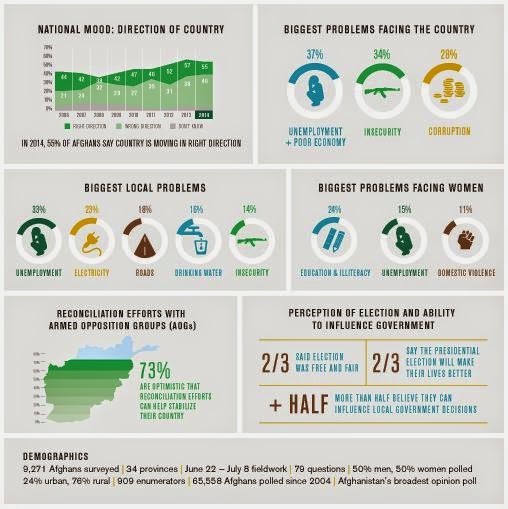