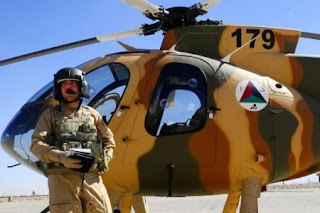 Another Deployment for 3rd Cav. About 1,000 Soldiers from the 3rd Cavalry Regiment will deploy to Afghanistan in the spring of 2016. The Fort Hood Soldiers will be part of a regular rotation of forces in support of Operation Freedom's Sentinel. Read more in a news report (Military Times, March 2, 2016).

Two Turks Killed. Two Turkish nationals were killed Saturday in a shooting in Kabul. The police are investigating.

Anniversary of Operation Anaconda. In March 2002 U.S. forces in Afghanistan launched Operation Anaconda to attack al-Qaeda and Taliban forces located in a mountain valley in eastern Afghanistan. Several U.S. servicemen were lost in the battle.
www.afghanwarnews.info/battles/operation-anaconda.htm

Pakistan Harboring Taliban Leaders? The Pakistani prime minister's adviser on foreign affairs has indicated that the leadership of the Afghan Taliban is living in Pakistan. A bold admission of something that many have accused Pakistan of doing for many years. Read more in "Why did Pakistan admit to hosting the Afghan Taliban?", BBC News, March 3, 2016. Read a related article entitled "Diminishing Control Motivates Pakistan to Assert Taliban Influence", Gandhara Blog, March 3, 2016.

Indian Consulate Attacked. A consulate in Nangarhar was attacked and several militants were killed. Read more in "Afghanistan militants dead in Jalalabad attack", BBC News, March 2, 2016. Civilians were killed and wounded in the attack as well.

Gen Dunford Says . . . . that the Afghans are applying security lessons learned in 2015. (DoD News,  Mar 4, 2016). Dunford was the commander for the International Security Force Afghanistan (ISAF) in 2013-2014. He is now the Chief of the Joint Staff and recently visited Afghanistan for the change of command ceremony for Resolute Support.

Lots of Hats. A recent news article contemplates the different types of hats found among the coalition forces at the Resolute Support base in Kabul. A stroll around the compound will find many styles and colors of berets, Australian bush hats with their unique chin strap, French hats with colorful feathers, and more. Then of course, there is the disconcerting habit of British military of not wearing any hat at all that throws U.S. SGMs into a significant panic attack. Read more in "Hats Point to Diversity, Size of Coalition in Afghanistan", DoDLive, March 3, 2016.

Former Governor Freed. The former governor of Herat province was abducted in Pakistan last month by gunmen and was released by security forces. It seems that the captors were transporting him by auto and they were stopped at a checkpoint. Read more in this news story by Kidnap and Ransom Magazine, February 29, 2016.

Badakhshan Opn Soon? There are news reports saying that the Afghan National Defense and Security Forces (ANDSF) will soon be mounting an offensive to clear insurgents out of parts of Badakhshan province. Read more in a news report by Tolo News, March 5, 2016.

District Falls to Govt Troops. The Afghan National Defense Security Forces (ANDSF) has retaken a district that had been under Taliban control for some time. Operations were launched to retake Dand-e-Ghori district of Baghlan province in late January. One of the side effects of the Taliban occupation of the district was the cutting of power lines providing electricity to Kabul. Read more in "Afghan forces take full control of Dand-e-Ghori in Baghlan from Taliban", Khaama Press, March 3, 2016.