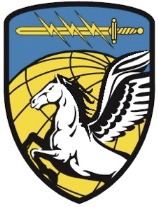 Lots of articles have recently appeared about the demise of the Human Terrain System (HTS). There are some very strong critics of the program (many are anthropologists) and some very strong supporters (usually someone who participated in or benefited from the program). While spending time in Afghanistan for much of the past five years it became apparent to this writer (AWN) that the Human Terrain Teams (HTT) offered a valuable resource to brigade commanders and staffs in Afghanistan that was seldom available elsewhere. The team members, usually in 3-5 person elements - provided a cultural knowledge to brigade staffs that could not be found within the BCTs that deployed to Afghanistan. You can read some viewpoints on the need for a "human terrain" type unit or mission in the two news articles below.

Rebranding the Human Terrain Mission. There are some critics who continue to attack the now defunct Human Terrain System (and the teams) and who are concerned that a similar capability will be established within the military - but with a different name. Read "Remaking the Human Terrain: The US Military's Continuing Quest to Commandeer Culture", CounterPunch, July 31, 2015.

Army's Need for Anthropologists. With the quiet death of the military's controversial Human Terrain System, America's Soldiers have lost a guiding light that is needed now more than ever. Read more in "The Army Needs Anthropologists", Foreign Policy, July 28, 2015.
Posted by Afghan War Blog at 2:30 AM