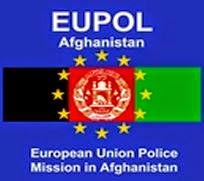 The outgoing head of the European Union Police Mission in Afghanistan (EUPOL) had some insightful comments about the current state of security in Afghanistan. Karl Ake Roghe (Sweden) has led the EUPOL mission for over 2 1/2 years. He stated that the main problem for Afghanistan is how the Afghan National Security Forces (ANSF) is dividing the responsibilities for fighting the insurgency. He states that the police are bearing the brunt of the counterinsurgency fight; more so than the Afghan National Army. Afghanistan has 157,000 police that were created, trained and funded (partially) by the European Union. These police are under attack every day from the Taliban; especially in remote districts centers, outlying checkpoints, and in rural areas. The police receive little backup from the army and do not enjoy air support, medical evacuation, and hospitals. The emphasis given to police training is almost insignificant when compared to the money, training, and equipment provided to the Afghan National Army.

Of course, everyone familiar with counterinsurgency tactics, techniques, and procedures knows that the police are in the lead in a counterinsurgency effort (read FM 3-24 if you didn't and see note 1 below). Unfortunately, the Ministry of Interior was terribly corrupt and incompetent for many years (probably still is), and the Afghan National Police ill-trained, under-equipped, and also very corrupt. ISAF's efforts (as opposed to EUPOL) in improving the MoI and Afghan National Police (ANP) suffered from over emphasis on the Afghan National Army (ANA) and less than effective police training programs (see note 2 below). Read more in "Head of Afghan police training says high casualties are deadly cost of doing the army's job", Fox News, December 28, 2014.

Note 1: According to FM 3-24, para 6-90, page 6-19, (15 Dec 2006) "The primary frontline COIN force is often the police - not the military" . . . "Because of their frequent contact with populace, police often are the best force for countering small insurgent bands supported by the local populace." However, the police need the support of other government institutions (judicial, prosecutors, government officials, etc.) and the army. In Afghanistan, these institutions were poorly developed or corrupt.

Note 2: In the 2012-2013 period the United States deployed hundreds of Security Force Assistance Advisor Teams (SFAATs). Some of these teams were tasked with advising police district centers. The SFAATS advising the police were supposed to have a senior U.S. Army Military Police NCO on the adviser team - but rarely did this happen. In addition, the police advisor teams were supposed to be augmented with four Embedded Police Mentors (EMPs) - contract civilian policemen from the U.S. - but the contract for the EPMs was not amended in a timely manner to provide the required number of EPMs. The experience level of some EPMs left a lot to be desired. In addition, the SFAATs received very little training in police operations in a COIN environment and knew very little about the ANP prior to deploying to Afghanistan. In effect, the U.S. Army's attempt to professionalize the ANP was not at the level needed; the U.S. Army expended a lot of time, money, effort and personnel on the police training effort but not in a coherent and wise manner.
Posted by Afghan War Blog at 4:00 AM